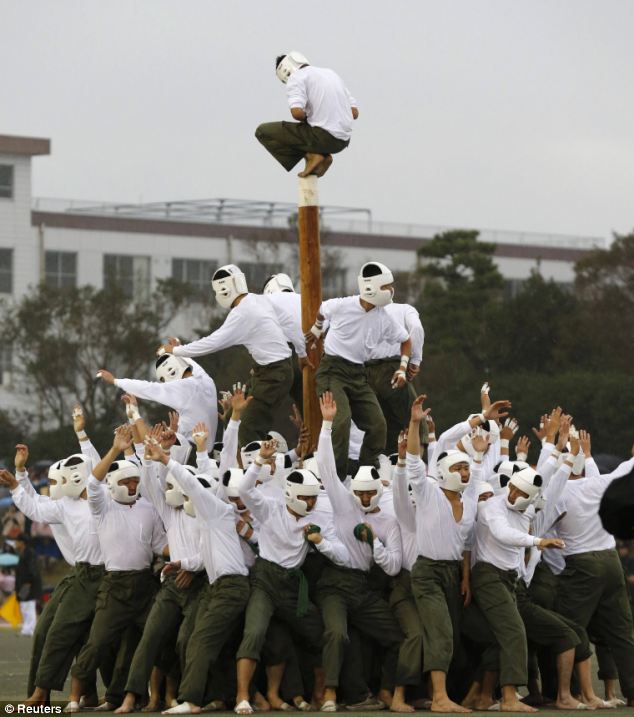 The Japanese don’t even know they have gold here.

The game played by cadets at the National Defense Academy of Japan traditionally on its anniversary is famous for its size, where in two teams of 150 individuals each vie for control of a single large pole.[1] Each team is split into two groups of 75 attackers and 75 defenders. The defenders begin in a defensive orientation respective to their own pole, while the attackers assume position some measure away from the other team’s pole. A team is victorious if it is able to lower the pole of the opposing team (which begins perpendicular to the ground) to a thirty-degree angle (respective to the ground), before the other team reaches this goal. Until a rule-change in 1973, the angle of victory was only forty-five degrees.[2]